The Story Behind "Sell Everything"

The media in general has a tendency to take an idea or story and run with it until the original context or point is lost in a wave of misinformation, taking a form of its own. At that point, the idea can become very dangerous to you as an individual working to build your own financial wealth and assets.

While we have covered the role of your behavior in contributing to your investment success in past articles, let us explore this idea that selling all of your investments as a tactic, in more depth.

The whole furor started in mid-January from multiple media reports about a Royal Bank of Scotland (RBS) client newsletter:

"RBS has advised clients to brace for a "cataclysmic year" and a global deflationary crisis, warning that major...markets could fall by a fifth and oil may plummet to $16 a barrel."1

The article goes on to warn that this major crash is expected to be in the range of 10%-20%. All of this was against a backdrop of a market correction (since ended) that was not based on economic fundamentals and a weakening oil price. We wrote in February how the oil markets presented a contrarian investment opportunity just as the oil market began a comeback in early March!

Is this type of correction really a cause for alarm? We see these all the time in the investment markets! As the late legendary investor Sir John Templeton often noted at industry events, the corrections are temporary and the ups are permanent. One client who lived through the Great Depression avoided equity investments (investing in profitable companies) his whole life even as he watched the U.S. market (DOW index) go from a low of about 60 in 1931 to surpassing 10,000 at the time (about 2009).

Concerns about a deflationary bust have been with us since 2008, I do not know about you, but the last 10 years have been pretty good and a depression was avoided. If governments really have evil intentions, do you not think they would have let the world slide into the financial abyss in 2008?

This topic of fear keeps coming up in conversations with clients and at social events, as if going to cash and checking out of the investment markets was actually a real tactical strategy warranting serious consideration. So what does it mean truly if one was to "cash out?"

One possibility is that you are planning to check out of society, that you choose to stop the roller-coaster of life and get off or somehow step aside. In effect, you are going to move into a log cabin in the bush and remove yourself from the hurly-burly of life and society. Because if you really thought the financial world was coming to an end, would you not also sell your real estate, buy some emergency supplies, food, water and other supplies and wait…..for what is uncertain.

We have seen other such hand wringing in recent years fueled by media reports such as the discussion about “low volatility” as an admirable investment objective (we have always had volatility in the markets so what has changed all of a sudden?). Or the notion promoted by some day trading promoters that market corrections are the same thing as losing money! You only lose if you abandon your long-term wealth accumulation strategy and "sell everything".

It is wise not to confuse trading (focusing on price movements) with investing in profitable companies that build wealth over time.

So let us hope this concern about "selling everything" has been put to rest.

Call our office today for a review of your situation and put us to the test as to why you can put to rest the "sell everything" in a panic tactic!

Do you have questions about your investments?

Copyright © 2016 AdvisorNet Communications Inc., under license from W.F.I. All rights reserved. This article is provided for informational purposes only and is not intended to provide specific financial advice. It is strongly recommended that the reader seek qualified professional advice before making any financial decisions based on anything discussed in this article. This article is not to be copied or republished in any format for any reason without the written permission of AdvisorNet Communications. The publisher does not guarantee the accuracy of the information and is not liable in any way for any error or omission. 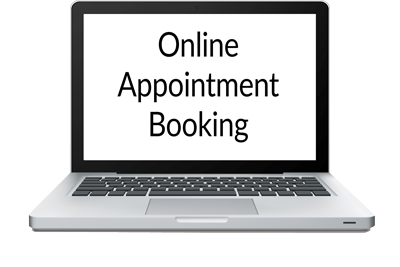 Home The Story Behind "Sell Everything"